On the 27th of November, the Resource Nexus Policy & Cluster Workshop kicked off with 60 participants present at EASME premises. The workshop started with a short presentation of the three Horizon2020 projects organising the event, SIM4NEXUS, MAGIC and DAFNE. The first session was introduced by the coordinator of MAGIC, Mario Giampietro,  who offered a critical appraisal of nexus narratives through a methodology called quantitative storytelling. This was followed by an introduction on the ‘Governance of the nexus’ by Ângela Guimarães Pereira (JRC), and a panel discussion. From the panel’s discussion, the following main points emerged: 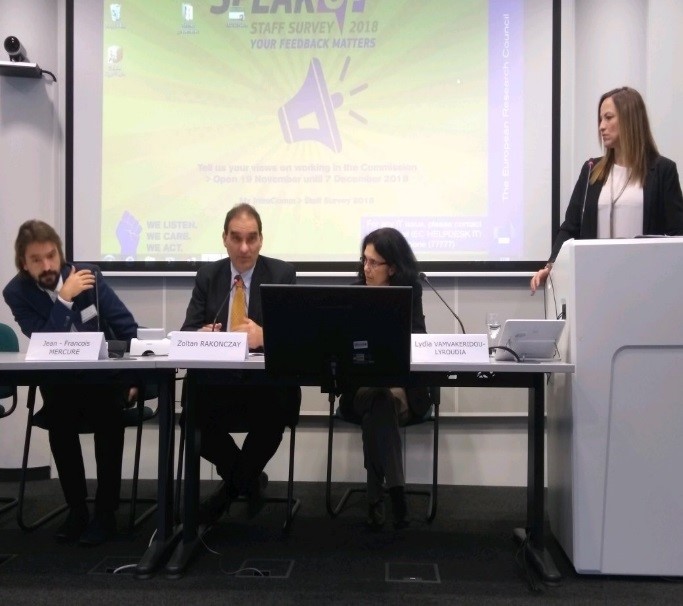 The workshop continued with Floor Brouwer, Wageningen Economic Research (the Netherlands) and coordinator of SIM4NEXUS project, presenting the Nexus concept and policy coherence in Europe for a resource efficient and circular economy. A panel discussion followed, bringing forward, among others, the two main challenges that are to be addressed: 1) the complexity of the nexus itself and 2) the issue of policy fragmentation. In response to the question of what win-win synergies we need to invest on, Jean Francois Mercure from Radboud University suggested a climate change framework in which nexus policies can be integrated. Giovanni Bidoglio from JRC WEFE Flagship Project, also, emphasised the importance of providing stakeholders with concrete examples of the economic benefits that the nexus approach can bring.Click here to change this text

A variety of 11 nexus-related projects gave pitches on their work, indicating also how participants could get involved in their activities.

Phoebe Koundouri (Athens University of Economics and Business, Greece), partner in the DAFNE project, spoke about the nexus in transboundary systems and presented this H2020 project. The panel discussion on this topic highlighted that one overarching challenge is complexity either in dealing with scale or involving stakeholders or related to actual data availability. The difficulty of knowledge integration across disciplines is another aspect that was pointed out. The European Commission shared some tips on how to handle with complexity, among which communication from the beginning of the project comes first in the list, as well as identification of key stakeholders and development of specific strategies when approaching specific communities. 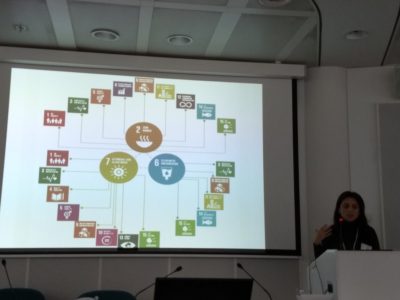 Before concluding, the moderators of the roundtables presented the key points derived from their discussions. The discussion on scientific publications, moderated by Chrysi Laspidou (University of Thessaly, Greece) and Lydia Vamvakeridou-Lyroudia (University of Exeter, UK) had as a goal to produce meaningful input to the scientific and policy community. Responding to what actions are needed to make the nexus present in our everyday thinking, the roundtable suggested the production of a roadmap, that could be then evolved in an action plan. A glossary or methodology was suggested that would make the definition of nexus less ambiguous. The roundtable on Nexus dialogues, moderated by Tamara Avellán (UNU-FLORES, Germany) and Isabel Pasternack (GIZ, Germany) focused its attention on projects related to nexus around the world so that new synergies are built up, while the nexus on research and SDGs moderated by Jasminko Novak (European Institute for Participatory Media and University of Applied Sciences Stralsund, Germany), analysed how the results of nexus projects can help to achieve better the SDGs goals.

The plight in Mozambique and Zimbabwe

There are no upcoming events at this time.

We use cookies to ensure that we give you the best experience on our website. If you continue to use this site we will assume that you are happy with it.OkRead cookie notice